What To See In London
Tower Of London

The Tower Of London also known as Her Majesty's Royal Palace and Fortress is a historic castle nestled on the banks of the River Thames in Central London. Norman Conquest of England founded the tower towards the end of 1066 and the white tower (from which it gets it's name) was built in 1078 by William the Conqueror and was a widely resented symbol of opression the new rule inflicted upon London. 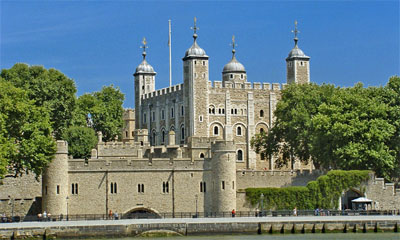 Since 1100 the castle was used as a prison although that was not it primary purpose. In it's early history is was a grand palace and served as a London residence for the royal family. The complete complex consists of several buildings set within two perimiter defensive walls and a moat.

Where is the Tower? Tower Hill, Central London(You cant miss it!)

Tickets: Start at £10 - check the Tower Of London website for further details and online bookings.

Over the years the Tower has played many different roles; as an armouty, a treasury, a menagerie, the royal mint, a pulblic records office and the home of the Crown Jewls of the United Kindom. It's all of these varied roles and the rich history that make the Tower such an interesting and exciting attraction.

Must Sees at the Tower Of London